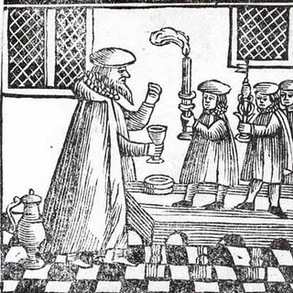 TOL Gen is the Jewish genealogical research affiliate of the Tree of Life Heritage Foundation.

WHAT WE DO:  We research the history of Jewish families using both United States public records and European state records that are available in foreign archives.  Using primary sources, we compile a personalized family history CD, complete with original documents and photographs, that tells the unique story of your family journey.  As the Mishna in Avot says, "Know where you come from..."

TOL Gen finds your roots and helps you connect with your ancestral past.  Elucidated below are some of the more common searches we conduct for our clients:

If you want to trace your Jewish roots and find out where your family came from in the "Old Country," don't assume you have to delve into European records to find any information. A thorough genealogical search begins with what you know and proceeds to discovering what you don't know. For most of us, this means finding out more information about our grandparents and great-grandparents here in the United States before going any further.

The four basic searches described below -- vital records, census records, naturalization records and passenger arrival records -- will usually provide a wealth of information about immigrants to the United States, including accurate birthdates and birthplaces, dates and places of immigration and emigration, names of other family members in the United States, original place of origin and names of relatives left behind in the "Old Country." These four searches should be the starting point if you are an American Jew searching for your Jewish roots.

A search through vital records -- birth, death and marriage records -- can provide some basic facts about an individual, including date of birth, marriage and/or death, parents' names and places of birth, occupation, length of stay in the U.S., and names of relatives. Since these documents are usually easy to obtain and often provide the names of an unknown generation, they are the starting point in most genealogical searches. We  research most cities' vital records through indexes and microfilm copies available in Los Angeles.

Finding your family in a federal or state census can document all family members who lived together in a family group, naturalization status, dates of arrival in the U.S., and place of origin. Because most censuses between 1880 and 1930 asked for immigration and naturalization information and are indexed, they also provide a quick step back in time. We  search the 1880, 1900, 1910, 1920, 1930 and 1940 U.S. censuses, and available state and local censuses.  A written report summarizing the search and results is provided, as well as digital copies of household listings from each census in which the subject appears.

Naturalization papers are also useful genealogical tools, because they document the names of children & spouses, the date and place of the immigrant's arrival, the place of origin and the original name. Naturalizations completed after September 26, 1906 are much more informative than earlier documents.  We search for naturalizations in court, National Archives, and INS records.  We provide a written report summarizing the search and copies of the Declaration of Intention, Petition for Naturalization and Certificate of Arrival, if found.

Passenger arrival records provide the direct link to the Old Country, often giving previous residence, relatives/friends in the New World, and the closest relative in the Old Country. We  search passenger arrival indexes for New York, Boston, Philadelphia, Baltimore, Canadian border crossings, and other Atlantic and Southern ports for available years, and European emigration records. For years with no public index, we will search privately published book indexes to specialized passenger arrivals. We provide a written report summarizing the search; a copy of the passenger list (if found); photographs or drawings of the passenger ship (if available); and information about ship and voyage.

Other U.S. public records that are often helpful include Social Security records, employment records, military records, and city directories and phone books. These and many other public records are frequently used to gather all possible information before delving into European records.

The goal of most people engaging in Jewish genealogy is to trace their ancestors back to the "Old Country" and to learn more about their family in Europe. Many Jews mistakenly think that this task is impossible due to the destruction of records over the last two centuries. It is possible to trace your Jewish ancestors back to Europe, and to continue to trace them through European records. As professional Jewish genealogists, we can help you do this using, among others, the sources described below. Some of these sources can be accessed right here in the United States, while others require coordination with overseas researchers and archives.

The birth, marriage and death records of many Jewish communities in Poland, Belarus, Hungary, and Germany are available to U.S. researchers through the Family History Library in Salt Lake City. These records go as far back as the 1780s in some cases. A smaller number of records is available from many other countries, including Austria, France, Lithuania, Moldova, Slovakia, and the Czech Republic. Jewish records from Ukraine and other former Soviet countries will eventually be available as well. In addition to these vital records, census records are available for some locations, including parts of Hungary and Belarus. We have full access to these records at the Family History Center in Los Angeles, the largest Family History Center outside of Salt Lake City.  We also have close working relationships with genealogists in other cities who can access additional Jewish records at other archives and libraries.

One of the primary ways of tracking families in the United States is through their listings in city directories over time. There are now city directories (or more accurately, business directories) available for numerous European cities and areas, including many places in the former Soviet Union. Through the Family History Library and the UCLA library system, we have access to 19th and 20th century directories of major Jewish population centers in Europe, such as Vilna, Bialystok, Krakow, Odessa, Kiev, Vienna, and many others. You may find listings of your family in these directories, and learn their occupations, places of residence, and discover new family members.

Many Jewish communities in Europe have been commemorated with a "yizkor book," documenting the town's history and destruction of its Jewish population. While not meant to be genealogical sources, these books sometimes list generations of family members, as well as valuable historical information about the Jewish community. The Judaica libraries in Los Angeles are home to yizkor books commemorating over 800 Eastern European communities. In addition, many other local histories are available for Jewish communities. The German-Jewish local histories, in particular, often go back to the 13th and 14th centuries, and include many lists of residents' names from tax records, and censuses.

It is a sad fact that most Jews researching their families will eventually discover relatives who were victims of the Holocaust. Through a combination of published sources, libraries and archives in Israel and the U.S., we can search through victims and survivor lists, deportation lists, and original concentration camp records for information on people affected by the Holocaust. The yizkor books listed above are also helpful sources, as are survivor’s organizations.

Sources in Europe and Israel

The archives and libraries of Israel house additional sources of information about the Jewish communities of Europe. Chief among these is the Central Archives for the History of the Jewish People, which collects original documents on Jewish communities throughout the world. The Central Archives has additional vital records and Jewish community record books for Poland and other Eastern European areas not available through other sources. Through cooperative arrangements with genealogists in Israel, we can also access these records. In a similar manner we can also access records in other Israeli archives, including Yad Vashem, which holds Holocaust records; the Search Bureau for Missing Relatives, to find people who immigrated to Israel; and several archives and libraries that hold information about the early settlers in Israel.

Since the collapse of the Soviet Union, it has become increasingly possible to conduct family research in the archives of Eastern European countries. These archives still hold valuable records of Jewish communities, such as birth, marriage and death registers, census schedules, tax and property lists, police and school records, and many more useful documents. Many individuals are now researching their families directly in Polish, Ukrainian, Belarussian or Lithuanian archives, for example, on visits to these countries.

Through our contacts with Jewish genealogists throughout the world, we keep a list of researchers and research services who provide reliable, trustworthy and successful services to Jewish genealogists. When it is necessary to have someone do research overseas, we turn to someone who can be trusted to get the job done. Depending on the nature of the research and the country in which it is required, we may turn to the State Archives of that country, to one of the research companies, or to individuals in academic or archival positions in that country for research assistance. 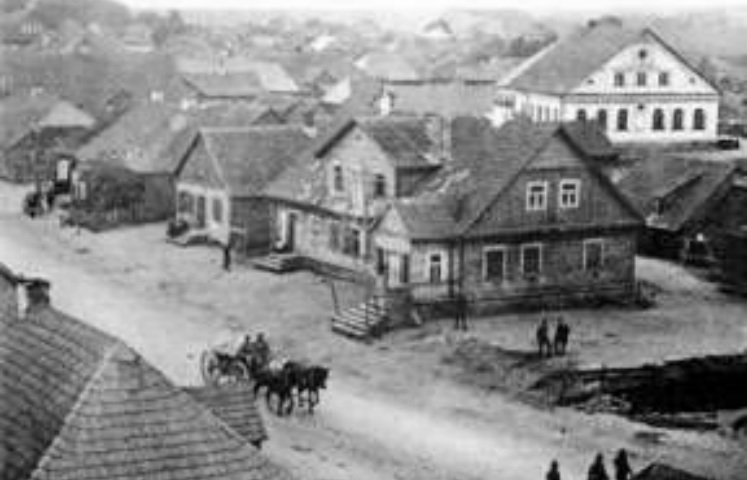